Sure, United has a PR problem. But that’s not the real problem. 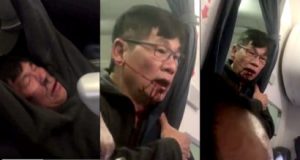 Is this a PR problem?

The videos and photos of this 69-year-old physician being dragged up the aisle of an airplane with less care than most people give to their roller bags will not fade from the public memory anytime soon. Nor should they. The security personnel who performed the extraction and the United Airlines employees who requested it should be prosecuted.

United called the assault and battery of its customer a “re-accommodation,” which was not only ridiculous, it made matters worse.  You could sum up the public reaction to that statement as, “Re-accommodate this, United!” If United tragically buried one of its planes in an Iowa cornfield, would they refer to it as a “transplantation?” I’m betting that even Sean Spicer is saying to himself, “Wow, I’m glad I’m not the PR guy for United!”

By any standard, this is a PR problem – a big one. But like almost every PR problem, bad PR is merely a symptom of an illness. It is the outer manifestation of a malignancy within.

A truism of PR is that you can’t spin your way out of a problem you behaved your way into. Not long ago, I wrote a post (http://wp.me/p35ZJ7-jb) about the abhorrent practices uncovered at Wells Fargo. I noted that tiny actions at the top of an organization can lead to massive malfeasance at the bottom, as pressure to “maximize profits” devolves into unethical – even unlawful — behavior. It’s a pattern all too common in the corporate world.

Airlines thrive on rules. They have rigorous training regimens for all employees. I’m going to go out on a limb and suggest that nowhere within the training manual for customer–facing employees, like gate agents, is there a section that begins with the words, “It is against United’s policy for company employees to mug, assault or humiliate passengers.” Because who could imagine anything like that happening?

Another missing chapter would be the one that starts with the words, “Customer loyalty is our most precious corporate asset, and our employees are individually and collectively responsible for protecting that asset under any circumstance.” If I am wrong and those sentiments are indeed expressed somewhere in the manual, then I can think of a few United employees in need of some after-school remedial tutoring.

Today, United CEO Oscar Munoz denied he would resign over the incident. I wonder if he had ever imagined he would have to deny he would resign over a “PR problem.” He probably won’t have to resign, but I hope the board of directors is asking him some tough questions. You bet there’s a PR problem at United. But the real problem at United Airlines has to do with governance and decency.