We hear a lot about “fake news” these days, almost as if it is something new. But fake news has a long and glorious (sometimes hilarious) history in the United States. I can’t speak for the rest of the world, but I doubt we are alone.

One example of fake news concerned the Proctor & Gamble company of Cincinnati, Ohio. For over a hundred years, P&G, which makes everything from diapers to detergent, had used this venerable logo, dubbed the “Man in the Moon” logo. 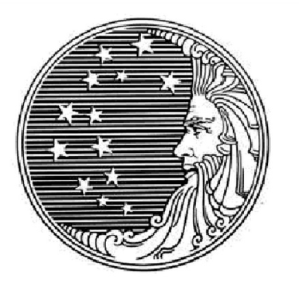 Then in the 1970s, a rumor began to circulate that the logo was proof that P&G was in fact a satanic cult. Clearly, went the rumor, the logo showed the devil’s horns and the satanic number “666.” Plus, there were 13 stars in the logo, and everybody knew that thirteen was a satanic number. 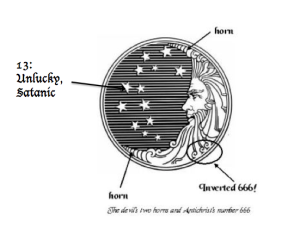 This ridiculous canard played especially well in the South, where consumers were being urged to boycott P&G products.

These rumors spread so widely that P&G was forced to modify the logo to remove the “satanic” elements.

Still, the rumors persisted, including one that alleged that the CEO of P&G had been a guest on the immensely popular Phil Donohue talk show, admitting that he was a Satan-worshiper who gave much of P&G’s profits to satanic cults. The show’s producer obligingly provided P&G with a letter stating that the CEO of P&G had never appeared on the show, but in the pre-internet days, what was P&G to do with it?

Eventually, P&G was able to identify the rumor-spreading machine: a multilevel marketing company called Amway. Amway sold products, including products competitive to P&G’s, door-to-door and it was easy to spread the satanic rumors sitting at a customer’s kitchen table.

P&G sued Amway and won. But the rumors had taken on a life of their own and the company once again had to redo its logo, retiring the man in the moon for good. (Notice, though, that there is still a moon-like sliver in the logo.) 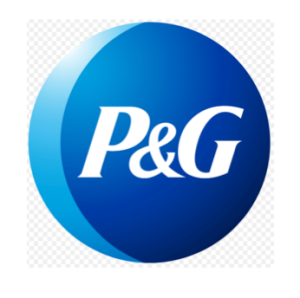 P&G is hardly the only company to have to deal with fake news. There are so many rumors about Coke that the company has a separate page on its website to dispel them.

My favorite fake news item happened in 1992. Grunge music was at its peak and the “grunge culture” of Seattle was a curiosity. The New York Times “Style” section decided to publish the definitive report on Grunge. Among other things, the paper wanted to catalogue the vocabulary peculiar to Grunge culture that its editors were certain must exist, just as it had with “beatniks” a couple of generations earlier.

A young Times staffer was assigned to the story and he eventually found his way to Megan Jasper, a 25-year-old former secretary at an indie record label. Megan was pleased to help the reporter but there was one problem: no such vocabulary existed. But Megan was happy to make one up on the spot. As she tells the story in a clip you can listen to here, the reporter would ask her questions like, “What do you call ripped jeans?”

“Wack slacks,” she replied. As the interview went on, she was sure that the reporter was going to figure out that she has just having fun, but…he never did. “What do you call a big wool sweater?” Answer: “Fuzz.”

As she made up more and more ridiculous answers (“What do you call ‘hanging out’?” Answer: “Swingin’ on the flippity flop.”), the reporter dutifully took it all down.

About a month later, the Times ran its big Grunge feature, with a special sidebar devoted to the new Grunge vocabulary, which listed almost all of the terms Megan had provided.

Soon, Megan’s nonsense words started showing up on tee shirts in Seattle. Apparently, everyone thought the spoof was hysterical…except the New York Times. Before long, she got a call from the reporter and his editor. The editor scolded Megan for lying to the “paper of record,” and then asked where she could buy the tee shirts.

Interestingly, this is just one of many instances where the Times has attempted to translate a “foreign language” into English for its readers. In 1958, it published this glossary of Teenage Gang Slang: 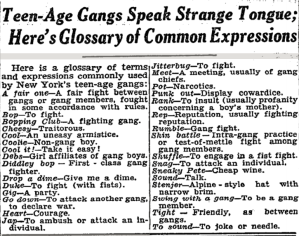 I wonder if the source – either a Jet or a Shark – had the last laugh.