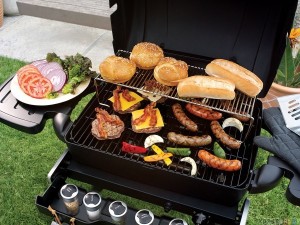 Sure enough, Memorial Day weekend brought news of several mergers and acquisitions, including Charter’s swallowing up of Time Warner Cable and Avago Technologies’ ingestion of Broadcom. (Technically that happened a few days after Memorial Day, but you can bet that a large group of bankers, lawyers and PR people missed the big barbecue on Monday.)  Deals are grueling 24/7 work and for several years, I never celebrated Memorial Day, the Fourth of July (if a Friday or Monday) or Labor Day with my family. Three-day weekends are ideal for closing a deal.

The late 1980s, when I was early in my tenure with Burson-Marstellar, brought a huge number of mergers and acquisitions, and we went after that business aggressively. It was very profitable and our fees (tiny next to those of bankers and lawyers) were wrapped into the deal expenses. There was never any client pushback. There was so much money flying around that it made things a little tense from time to time, especially among the bankers who had such gigantic fees riding on a given deal. Even guys (and they were almost all men) who were friendly and pleasant under normal circumstances became tigers during a takeover.

My baptism in M&A work came on a Saturday night, when my boss, Stan Sauerhaft, called me at home. We had been selected to work for Harcourt Brace Jovanovich, the textbook publisher, which was being attacked by British media magnate Robert Maxwell. Stan had a golf date the next day so he dispatched me to Harcourt’s offices in Orlando in his place.

I met the lead banker from First Boston, who was only interested in slinging mud at Maxwell. “Get me a story in the Financial Times that rubs shit all over Maxwell’s fat face!” he demanded. I was feeling a little out of my league, but fortunately, Burson had a superb global network, and although it was early Sunday evening in the U.K., I called Terence Fane-Saunders, the head of our London office. I started explaining what I wanted to do, but he cut me off, saying, “I’m terribly sorry, but Mike Horton has just died and I must run back to the hotel.” I had no idea what he was talking about.

I was so new at Burson, I didn’t even know who Mike Horton was. He was, in fact, a much-beloved senior executive in Burson’s European operations. Over the next few days, the details of Mike’s demise became tabloid fodder in a very big way.

Burson’s worldwide management team was meeting in London. At the end of the day’s session, the meeting broke up and people went back to their hotel rooms to freshen up for dinner.

Except Mike, who walked over to the nearby Churchill Hotel. There, waiting for Mike, was the husband of a woman with whom Mike was having an affair. The husband began to make a scene and Mike suggested they relocate to the husband’s room. The husband demanded that Mike end the affair. Apparently Mike refused, which led to the husband hitting Mike over the head, first with a bottle of mineral water, then with a bottle of gin. Finally, he grabbed a small penknife he used for sharpening pencils and repeatedly stabbed Mike in the neck with it.

Back in Orlando, I was trying to figure out how to explain to the banker that not only were the London media consumed with this sensational story and completely uninterested in Maxwell, the story they were reporting rather prominently featured Burson-Marsteller! I decided to hold back on that for a while, and on Monday night I flew back to New York.

By mid-week, the media team at Burson’s London office had absorbed the impact of Mike’s death as best they could and graciously accepted the challenge of planting some Maxwell mud. I could tell that this team was really good, but I was still surprised when, only a few days later, the London team called to say that a story was going to run in the FT the next day. I triumphantly called the banker to let him know the good news, and he demanded to know what the story was going to say. I, of course, had no clue. “Find out now!” he yelled.

This was 1987. There was no Internet as we know it. I had to call “Information” in London to get the number of the FT. It was already midnight there, but I made the call anyway. I wasn’t sure what I was going to ask if someone answered. I let the phone ring about 30 times and was about to hang up when there was a click-click and someone picked up.

“’Ello!” said the voice, in a thick Cockney accent.

“Hello! Is this the Financial Times?” I asked.

I never did find out why the phone was set to ring in the loading bay, but I could not believe my good fortune. I explained that I needed to get a copy of the paper right away and the voice told me that he and his crew were at that moment loading the papers onto trucks for delivery in the morning. I asked if I could send someone over to pick up a copy.

My mind was racing. “Do you suppose that you could read a story to me, right now?” “I suppose I could,” he replied. I told him the story was about Robert Maxwell. He said, “Right! There it is, right on the front page. Shall I start?” “Please!” I said, reaching for pen and paper.

He started reading the story, pausing every now and then to ask, “Got that, Guv?” At one point he stopped and exclaimed, “I don’t think Mr. Maxwell is going to like this story, not one bit … heh heh heh.”

He finished his recitation and I thanked him profusely. “Right then, cheers!” he said as he hung up.

I called the banker and read my notes to him, grinning because I knew he would be awed by my initiative and resourcefulness. When I finished, he just said, “Thanks,” and hung up.  No award ceremony for me!