Some years ago, when I was working for a major PR agency, my buddy stuck his head in my office doorway.

“Listen,” he said. “I know we were supposed to go to lunch today, but we got a call about a huge new business opportunity. The prospect wants to meet immediately – today — and the Vice Chairman wants me at the meeting.”

We were enduring yet another major recession and the agency was scrambling for new business. We welcomed all comers as long as the prospect’s D&B report wasn’t actually smoldering and they passed the mirror test – the one 18th century doctors used to determine if their patient was still breathing. (In my last post, http://wp.me/p35ZJ7-9h, I recounted just how awful a strategy this can be.) But this opportunity had come up so suddenly the agency hadn’t had time to do even minimal due diligence.

Of course I understood, I told him, and wished him luck. I went out for a sandwich and ate at my desk, wondering about the potential new client.

A few hours later, my buddy returned. He slumped into a chair in my office.

“Well, I would have to say it was one of the most memorable meetings I’ve ever been in.”

I leaned back in my chair. “Do tell.”

The prospect had been whisked into the Vice Chairman’s office. The agency team bristled with anticipation. What was so important it couldn’t wait even one day? Was it a product recall? A jail-bound CEO? A chemical spill? It HAD to be huge.

After a round of introductions, the prospect – Mr. Goldthwaite – wasted no time.

“Thank you for meeting with me on such short notice. There is much work to be done and we don’t have a lot of time. First, I need to ask about your credentials. Tell me about your experience handling major events, the kind of event that would attract worldwide media attention.”

The Vice Chairman smiled broadly. “Big events are the hallmark of this agency,” he boasted. “Just last month we orchestrated the awards ceremony for the Winter Olympics, with a laser light show, fireworks, music, the whole shebang. It was broadcast around the world! So how can we help you?”

“I am aware of your Olympics work, it’s one of the reasons I called you,” said Mr. Goldthwaite. “But I’m talking about a press conference. Can you manage one that would have hundreds or thousands of reporters in attendance? Where would you stage it, and how long would it take to get it ready?”

After the slightest hesitation, the Vice Chairman responded. “You’re in luck. Sitting right here is our director of media relations. He can give you plenty of examples of big press conferences we’ve staged for our clients. Ben?”

Ben delivered a couple of brilliant case studies. (In new business pitches, the case studies are always brilliant.) And he wrapped up by assuring Goldthwaite there was nothing he could throw at the agency we couldn’t handle.

Goldthwaite nodded. “I will also have to insist this engagement be handled by your most senior agency personnel, including the CEO. Nothing less will do. I need people with experience and maturity, people with gravitas.”

The Vice Chairman voiced his assurance that the agency always put the best people on every engagement, and this would be no exception. “But now I must ask, Mr. Goldthwaite, what, exactly, is this event going to be?”

Goldthwaite rose and shut the office door. He sat back down and looked directly at each person for a moment.

“What I am about to reveal must stay in this room. Nobody outside these walls can know anything about it until we are ready. I need to know that you will maintain absolute confidentiality. If anyone else learns about our work prematurely, we could lose control of everything. Do I have your solemn word?”

Again, he looked each person in the eye. Each person murmured agreement.

He leaned forward. The Vice Chairman leaned in as well. Their heads were almost touching.

“The date of the event is April 23rd. On that day, we the people of Earth will witness the second coming of Jesus Christ.”

A long silence followed. Finally, the Vice Chairman took a pull on his Meerschaum pipe and asked, “And?”

Shocked, Goldthwaite asked, “What do you mean ‘and’?”

“I mean,” said the Vice Chairman, “If you want the press to turn out, we usually need some kind of news hook to work with.” 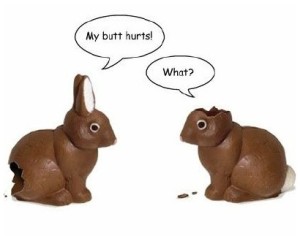