What Were They Thinking (WWTT)? 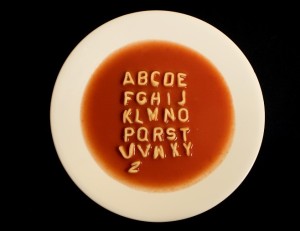 Thanks to the ups and downs of business cycles, most companies find themselves in the midst of constant change.  Whether to meet or exceed the expectations of ravenous shareholders or just to ensure the ongoing sustainability of the enterprise (or both), companies are always looking for ways to manage costs and increase productivity.

Companies that don’t grow generally don’t thrive and leaders are always on the hunt for new ways to take their businesses “to the next level.”  While that may indeed be a worthy goal, I can think of at least one instance in which a New York area insurance company decided to move in a bold way and ended up producing a bizarre (and horrible) outcome.

Management had concluded that its target audiences saw the company as sluggish and conservative.  They needed a way to demonstrate their creativity and market savvy.  They also wanted to show that they had created an environment in which employees felt comfortable advancing new and innovative ideas.

Management understood that the success of such an undertaking hinged on employee receptivity and determined that an internal communications campaign would be the best way to get employees on board.  So far, so good.  One can hardly expect outside audiences to believe what employees think is bogus.  Employees, through their actions, would produce the evidence management needed – but the CEO needed something to fire up the company.  He had just the thing.

On a frosty winter’s day, employees who frequented the company cafeteria were perplexed by a large banner hung on the wall.  It read simply, “WDTG.”

Luncheon conversation briefly centered on just what those cryptic initials might stand for, but interest soon waned.  Then, a few days later, a huge calendar replaced the banner.  On it, a day later in the month was labeled WDTG day, and was circled in red.

By the way, if you Google “WDTG,” the pickings are pretty slim — no help to be found there.

Rumors began to circulate.  Perhaps the most popular one concerned a recent development at a major competitor, where all employees had received bonuses for a great year.  “We had a great year, too” went the rumor. “Maybe WDTG stands for ‘We’ll Double Their Generosity!’”

One thing was certain.  Despite the natural tendency in companies for leaks to develop, in this instance none had.  Only a few people at the most senior level of the company knew for sure the meaning of WDTG, and they weren’t talking.

As WDTG Day neared, employees began comparing notes on how they would spend their bonuses.  Even those who would normally cast a jaundiced eye toward this ridiculously manipulative exercise were becoming enthused.

Finally, after almost a month of waiting, and with speculation raging, employees went home on Friday knowing that Monday was the big day.  The weekend was unbearable.

Monday brought with it a blizzard.  Normally, such bad weather resulted in large-scale absences.  Not this day.  Not WDTG Day.  Employees braved ice and snow to make it to their desks on time.

Midmorning, a memo circulated stating that the CEO would speak to a group of employees at 2:00, at last revealing the significance of WDTG.  Since no facility in the building could accommodate all employees at once, the memo requested that each department send three delegates, and the speech would be videotaped for later viewing by the rest of the employees.

Finally, as 2:00 approached, the delegates assembled in the auditorium. The CEO stood up and launched into his speech.

It seemed that as the company had grown, people were having a hard time communicating with one another.  Worse yet, he said, was the system of barriers that had sprung up over the years that stifled creativity and initiative.  An employee with a good idea was often discouraged by his or her manager.

In order to remain competitive, he intoned, from that day forward he was dedicating himself to removing those barriers so that people at all levels of the company could achieve their maximum potential. He then proceeded to outline a series of procedural changes (pretty dry stuff) he was implementing immediately with the promise of more to come.

Pausing to savor the moment, he cranked up his big finish.

The CEO thanked the employees for their attention and concluded the meeting…to thunderous silence.

The returning delegates were besieged upon returning to their desks.  Few could recall the full impact (such as it was) of the CEO’s speech; most could only relay the most important part:  no bonus.

Word soon got around that within just six months, the CEO would be able to look back at all the angry, disappointed employees in every department and wonder, “Where Did They Go?”